Telos has launched their new Quantum Cap. Sold in packs of four pieces, each RCA cap is made out of copper and gold plated. The cap is subject to cryogenic treatment and treatment from Telos's proprietary QBT run-in treatment. The red pad inside the RCA cap contains undisclosed materials.

Compared to the original RCA cap (see review here), the Quantum Cap is longer and heavier. 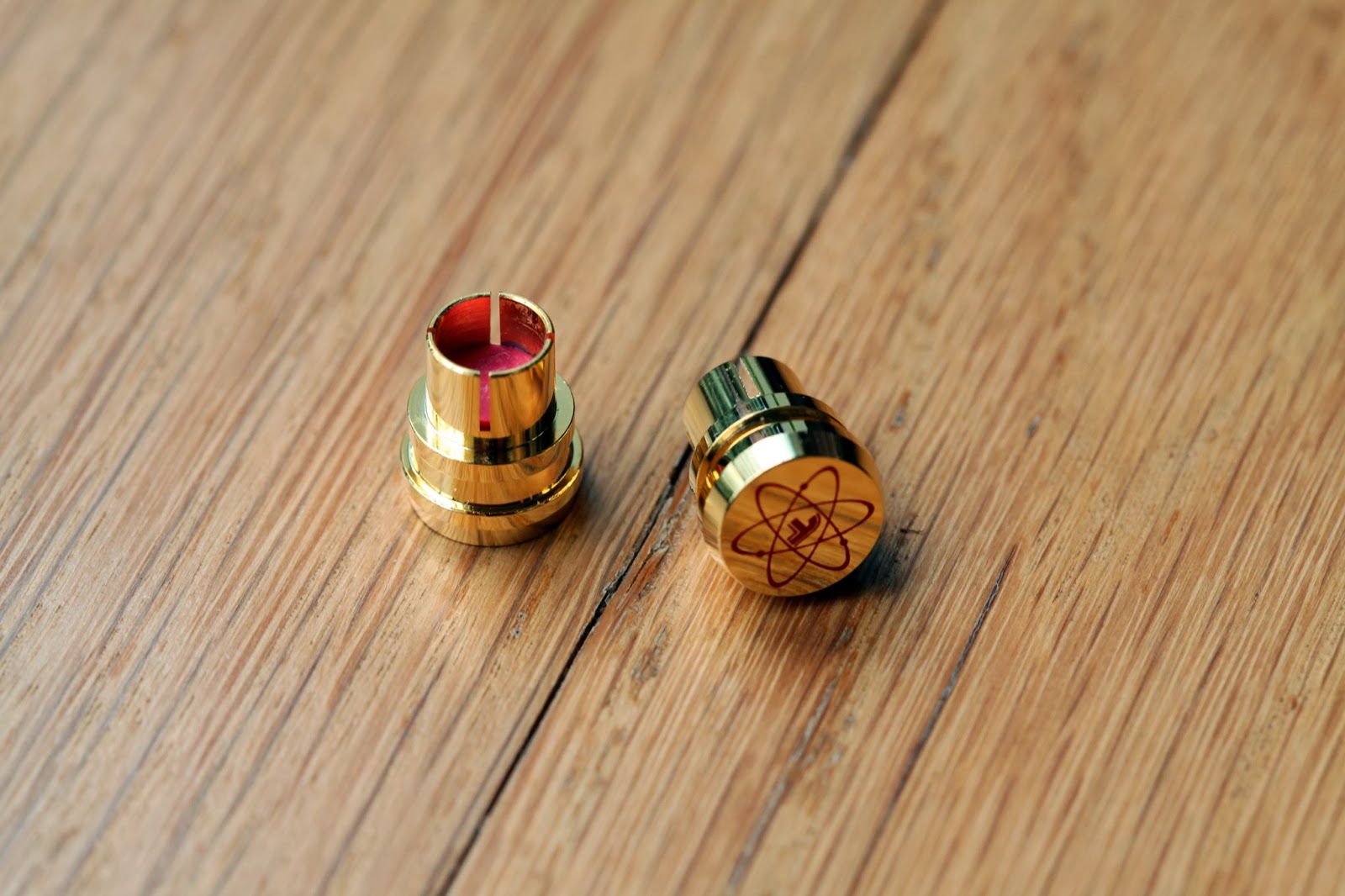 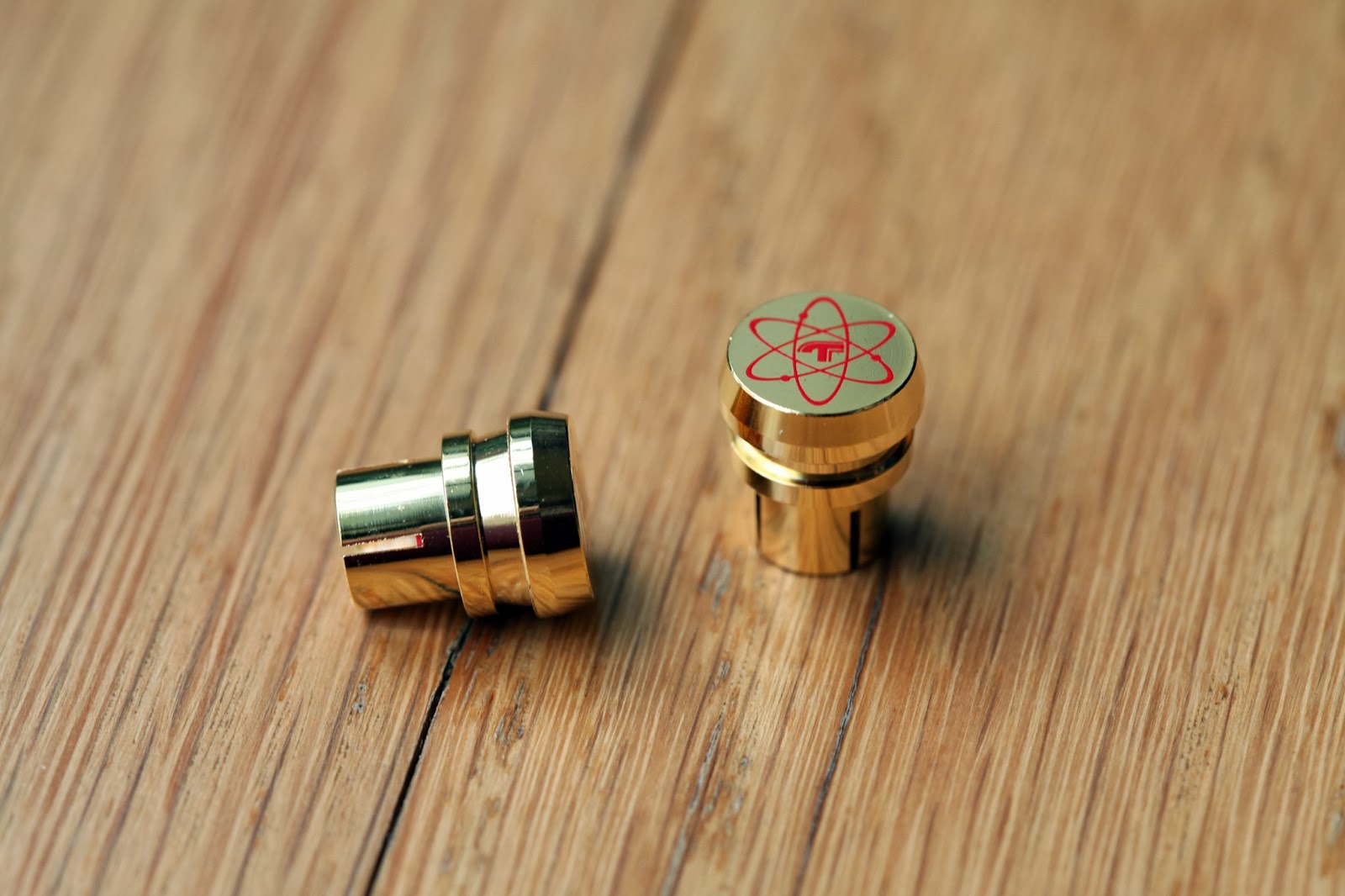 I am still trying these caps around the house. They do clearly make a difference on equipment they are used with. During some initial experiments, I tried covering the output jacks of the Calyx Coffee DAC / headamp, and they clearly resulted in changes to the sound - a smoother presentation, albeit with some restraint and reduction in dynamics. Not really to my liking over there.

Trying them next on my Conrad Johnson preamp, I placed one pair on a spare input. The effect seems to take a while to stabilise, and I had a listen after leaving them in position for a day. The most noticeable effect on my system was a change in soundstage presentation, with the vocalist moving forward, and the midrange becoming more prominent. Pacing was much faster, to the extent that I felt the system was unnatural sounding - the musicians don't need to rush - I am not in a hurry !

Adding another pair on a output jack on the Conrad Johnson (and waiting another day) provided more balance to the overall presentation. Apart from a quieter noise floor, transients were left with a more energetic and dynamic feel. As opposed to an airy light and focussed high frequency presentation, the Quantum Cap imparts a slight increase in density and body. The effect reminded me very much like a milder version of the Telos Branda power cord.

I was also pleased that I got back a more balanced pace (no more rushing for the train), and my soundstage depth (it still moves the vocalist forward, but to a lesser extent now). Overall, it is a good effect with a more wholesome and organic feel.

Moving on to my office head-fi setup, I placed one pair on the output jacks of my Schitt Lyr. There is a lightening effect on the midrange, with an increase in length of decay. However, Piano notes had less resonance and body. Putting an additional pair of caps on my source, (placed on the coaxial digital output and remote control jack of a Marantz CD6003), resulted in a smoother midrange, and an increase in bass weight.

Intellectually, it seems odd that a pair of caps (or two in this case) could alter the sound of a system to the extent heard. Leaving any scientific explanations aside (I won't even try), you really should try them. They are low cost (the pack of four costs slightly more than 2 CDs) and quite potent. However, the effect is not entirely consistent or predictable from setup to setup. Liberal experimentation will be necessary to achieve the desired effect.