It's that time of the year again - for Singapore's major hi-fi show, International Sound  & Sight Exhibition (ISSE for short).

Being somewhat crowd adverse, I paid a visit on the first day of ISSE, which would be less crowded, being a Friday. 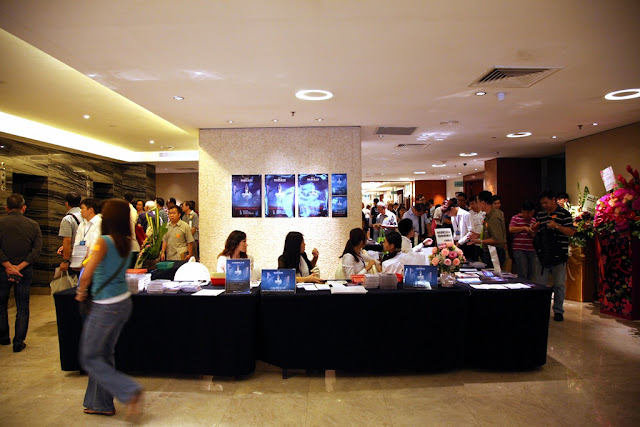 Wilson Audio's Alexia was being driven by Pass Lab monoblocks paired with an Audio Research Reference 10 preamplifier. The source was a Mac computer, feeding an EMM Labs DAC. In fact, quite a number of exhibitors were showcasing computer audio based setups.

The system was being played a bit too loud for my liking, with the usual hi-fi demonstration type of tracks. It was very dynamic and incisive, perhaps a bit too much so for my taste. 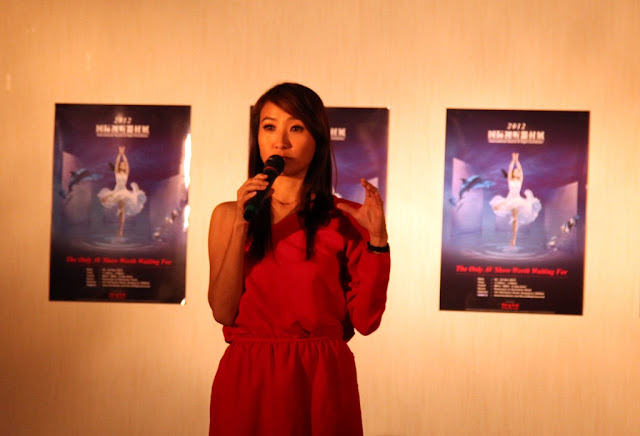 She has a lovely rich voice that belies her petite frame. Her bossa nova style of singing in Chinese is quite unique. I truly enjoyed the experience, and picked up a copy of her CD on the way out.

Back to the lobby rooms for a quick look-see. 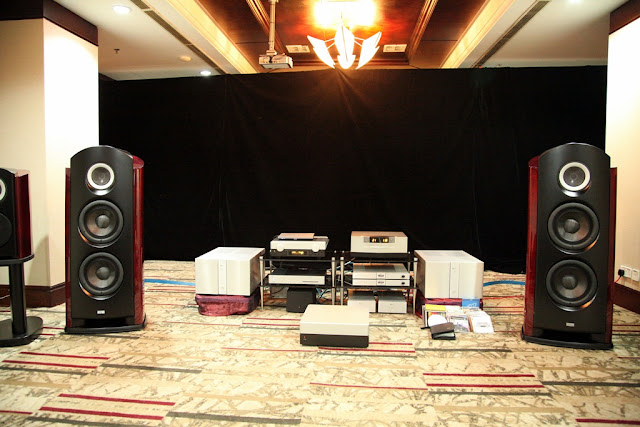 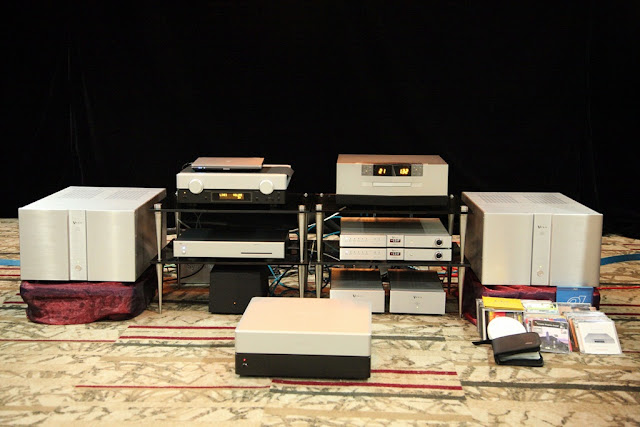 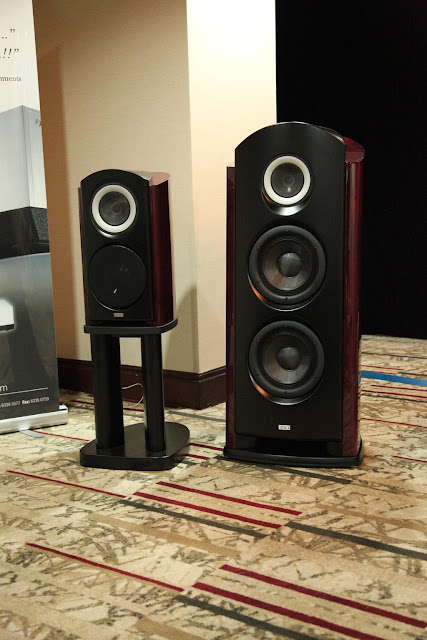 The TAD speakers were playing some choral music when I walked in, and the purity of tone and effortless reproduction was breath taking. Some other tracks were not so convincing, and the simpler types of music fared better in my short time there.

Going off to the 7th floor, where the smaller exhibition rooms were, I was impressed by the more consistent quality of the systems compared to past shows, where exhibitors persistently showcased large speakers that overwhelmed the acoustic space of the tight hotel rooms.

The Nola speakers in Horizon Acoustic's room were performing well and left a good starting impression for me as I started my tour of the seventh floor.

Sky Audio's room get's honourable mention for most surprising system. The D & T amplifiers were only rated at 60 watts per channel. Somehow, the ALR conveniently forgot that it was a small speaker and sounded big with more bass than it's dimunitive size would suggest. Steve Sai shared with me some of his views on tweaking, as well as the principles behind the latest version of his self-built range of cabling.

Sound Decisions was demonstrating the brand new Thiel CS 2.7, which sounded significantly better than the CS 2.4 as well as I remember.Sammy Low, principal of Sound Decisions admonished me gently for not visiting for a while. In typical Thiel fashion, the 2.7 was clean, detailed, and simply passing on the message from upstream components. Sound Decisions is an official distributor of Stressless recliners that seemed to captivate many a listener, some of which ended up seemingly stuck to the chair on a molecular level.

Audio Basic had a very nicely tuned system with the Aurelia Cerica sounding excellent - far better than the previous two occasions I head them at Audio Basic's showroom. Steven also demonstrated the just launched Telos Alpha Wave generator. The crowd was suitably impressed, with a flattening of perspectives, and the soundstage moving forward and shrinking each time the Alpha Wave generator was switched off.

Some other very good sounding setups were also heard, with the Verity Audio speakers impressing with its excellent level of detail and naturalness.

Unfortunately, a scheduled appointment meant that I could not spend time listening to all the systems in detail, and I wrapped things up after 2 and a half hours at ISSE.