Have you ever wondered what are the effects of your USB cable length on sonics ? Let's find out. 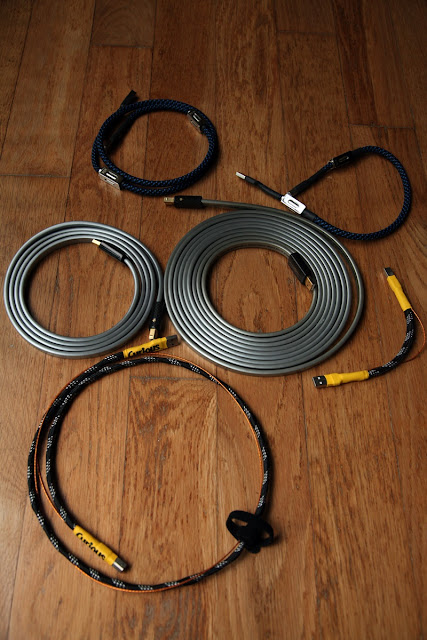 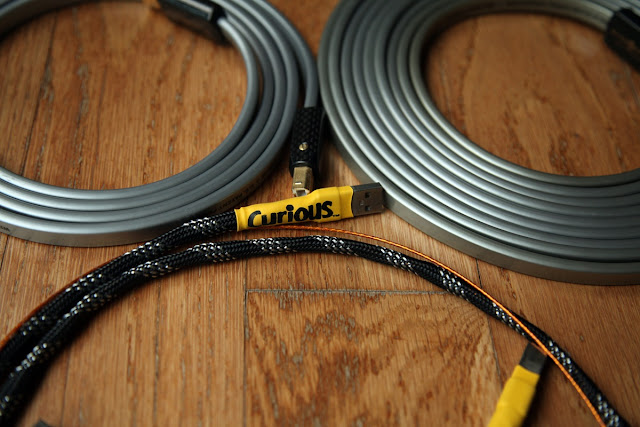 Since my Melco NAS is placed a distance away from my DAC, I tested the Curious Cable and Blackcat Cable Indigo Prototype by hooking up my Melco NAS via a 2m WIreworld Platinum Starlight Series 2m cable to a SOtM tx-USBultra USB hub / regenerator, and then the cable in question to my Totaldac DAC.

For the Wireworld, both cables were long enough to reach my DAC, and I ran the cables directly from the NAS to DAC (the Melco has a USB port).

Listening to the various cables on test, it was hard to believe that length had such a great effect - not quite the results I was expecting.

In the case of the Curious Cable, the 0.2m cable had drier and smaller images, while the 1.2m had a fuller sound with the dimensionality that I liked so much from this cable. Coming to the Blackcat, the short tailed cat had a leaner tonality with a sharper leading edge, while the long tailed cat had a more relaxed sound and a subtly sweeter tone. Both cats were highly detailed and were equally resolving.The Wireworld had the most stark difference - the 5 m Wireworld could be described better as "Waterworld", with a rather vague and watery tone. The 2m Wireworld had it's feet planted firmly on solid ground, with a solid and punchy tone. In all cases, the shorter cables had a closer soundstage presentation compared to their longer twin.

These kind of tests are by no means scientific, but I felt that the shorter cables had a greater sense of immediacy and edge, while the longer cables tended to emphasize the characteristic of the cable itself. In the case of extremely long USB cables, I did not like the effect at all, with the sound becoming too distant and vague. So folks, we have been getting wrong all along - length matters !