Happy Father's Day to all the fathers out there. 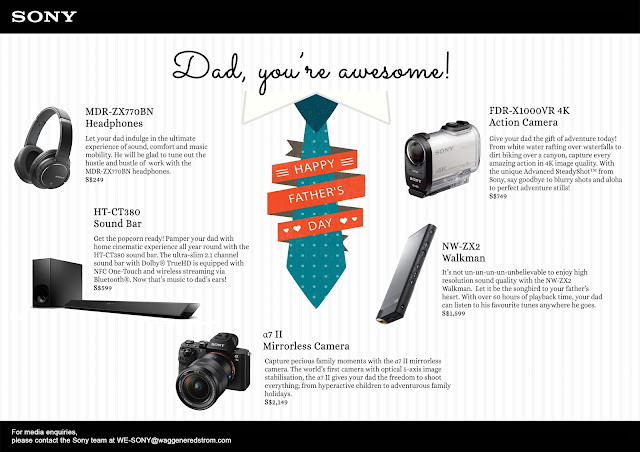 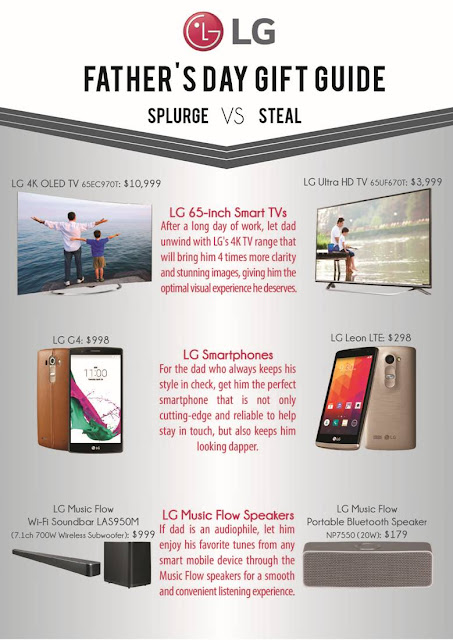 In Greek mythology, Medus was the son of Medea. Perfect naming from Weiss as the Medus DAC is the successor the Medea. As a health / financial advisory,  weak hearted and/or weak wallet audiophiles should not read any further.

The Medus is Weiss Engineering's all-out assault to produce "the best Digital to Analog Converter money can buy." 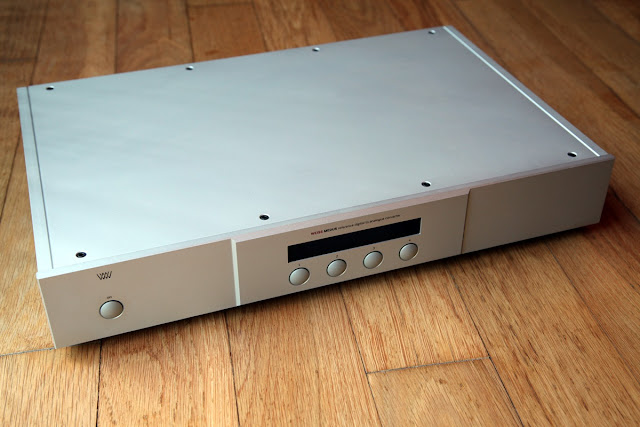 The compact dimensions of the Medus do not hint at the weight of the unit. Moving it onto my hi-fi rack reminded more of a small integrated amplifier !

Fit and finish are superb – visual inspection and the touch test leave no doubt that you are dealing with Swiss precision engineering here. The tactile feel of the panel buttons (and even the remote control), chassis, screws etc. – everything is top-notch. In fact, the solid metal remote control alone is better made that most of the consumer audio equipment on the market.

The Medus is constructed out of an inner steel chassis, which is in turn encased within an aluminum frame. According to Weiss, the inner chassis forms an effective shield against electrostatic and electromagnetic radiation while the outer frame acts as a further shield and maintains optimal heat convection.

The front panel buttons control power and input selection. The central  display provides information on the selected input, bit resolution, sampling rate, attenuation, phase, and the selected upsampling filter. Information on the set level of the output stage is momentarily flashed when adjusted (see below for further details). 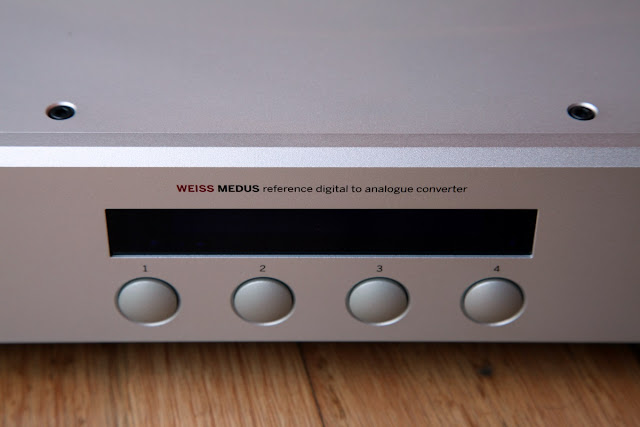 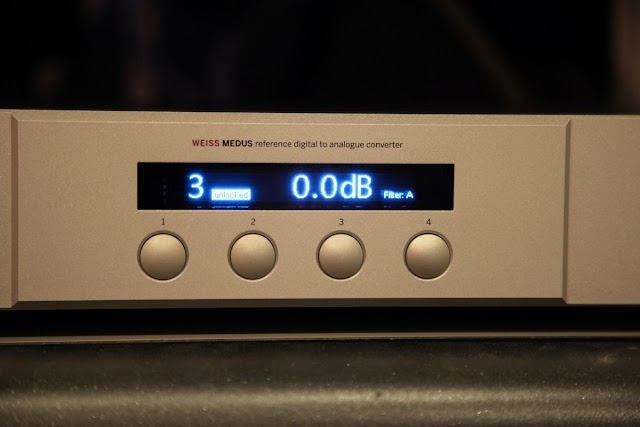 Set out on the rear panel are the IEC connector for the detachable power cord, analog outputs (single ended and balanced), and four grouped digital inputs. The digital inputs are grouped (e.g. digital input 3 is an AES and USB input), and only one input can be used. The AES sockets on inputs 1 and 2 can also be used for dual wire AES. All inputs support sampling rates of up to 192 kHz. The asynchronous USB input (actually an onboard Weiss INT204) also accepts DSD 64 and 128, albeit converting it to PCM.

Firewire and a ST glass input can be ordered also as an option. 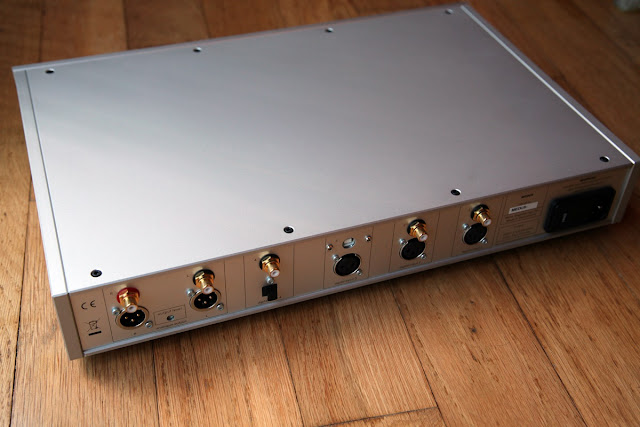 A DSP chip up-samples 44.1 kHz and 48 kHz content to a minimum of 88.2 kHz using Weiss’s in-house up-sampling algorithms. The DAC chip then up-samples the input signal to about 1.5 MHz. Four D/A conversion channels are used for each of the stereo channels.

Weiss utilizes its discrete opamp design, the OP1-BP, for both I/V conversion and for the output stage. The technically inclined may wish to refer to the published datasheet on the OP1-BP’s design. Specifications are excellent, with very robust drive capability (even into low impedance loads). The output stage operates in Class A and is DC coupled without any use of servos. A total of eight OP1-BP modules are used in the Medus. The latest versions of the Medus use the newest version of these modules, the OP2-BP. I confirmed with Sound Affairs that the unit passed to me for review uses the OP2-BP.

The single toroidal transformer is used for the linear power supply, and is shielded using a mu-metal cover to minimize leakage of stray fields.

Volume control can be set in two different ways. The first way involves adjusting the maximum level of the analog output stage, which can be set in 1 db steps from -4 dBu to +27 dBu (17.35V) for the balanced output, and from -10 dBu to +21 dBu (8.67V) for the single ended output. The second way utilizes a digital volume control which operates from -60 dB to 0 dB in 0.5 dB steps. A small turn pot (which acts as an optical rotary decoder) is situated between the two balanced analog outputs and allows setting of the analog output level, but it is far more convenient to set it using the remote control. 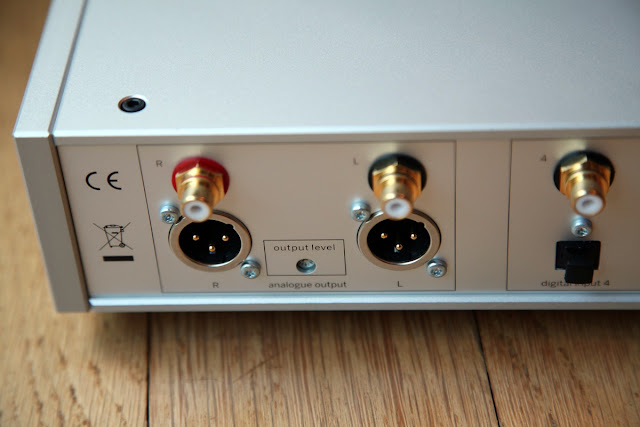 Setting the level of the output stage permits fine tuning to suit the overall gain level of the whole signal chain (overly sensitive volume controls anyone ?) while using higher than normal levels could assist the passive and transformer based volume control crowd. If you are skipping a preamp altogether and setting volume on the Medus, you could adjust the analog output levels to minimize the use of the digital volume control since aggressive digital attenuation results in lowered resolution.

The USB input of the Medus did not get along with my Auralic Aries. Although the Aries detected the Medus, any attempt to play music was in vain, with the selected track remaining paused. Switching to AES solved everything, and thereafter the Medus played any PCM file I threw at it without incident. The issue almost certainly lies with the Auralic which alternates between being on non-speaking terms, or being in a stormy relationship with a number of my other DACs. In any event, the Medus got along just fine with a Macbook Pro running Pure Music 1.89 (both PCM and DSD) via USB.

Another point to note is that during sampling rate changes, the muting relay activates for quite a long time. When running via AES, I had to add a 5 second delay to the Auralic to avoid cutting off the first few seconds of the next track. I did not notice any such issues using USB.

The Medus was left switched on permanently during the time I had it for review. After a few hours, the Medus is quite warm to the touch.

I did not fiddle much with the settings. Between the two filters, I had a preference for Filter A. I also found that the digital volume control gave the sound a "soft" quality - impacting leading edge definition and dynamics. 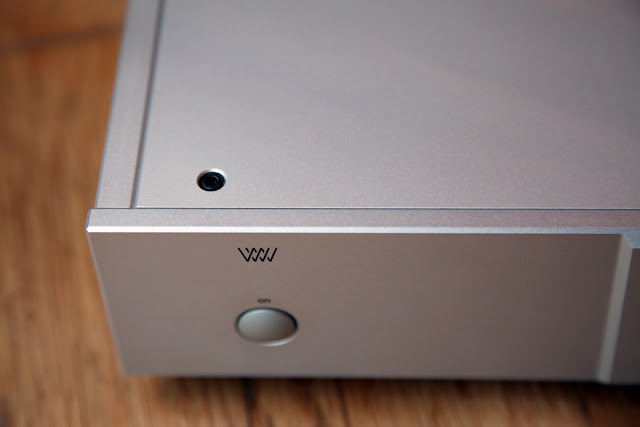 
I spent a few days trying to get a handle on the sonic quality and character of the Medus. The conclusion is that the Medus is easily the most transparent and neutral DAC I have heard in my system to date. The character of the Medus (or lack thereof for that matter) is wholly dependent on the recording. Given Weiss’s extensive experience in the pro-audio and studio recording industry, I shouldn’t have been surprised in the least.


On the downside, there is no attempt to flatter poor recordings – you get everything, warts and all. However, unlike some other equipment I have heard, the Medus does not attempt to “spotlight” details. Instead, information is retrieved and presented in the three-dimensional perspective and tonality in the fashion which I believe was intended by the recording engineer.

The Medus has superb performance across the whole frequency range. Low frequencies are tight, controlled and have excellent articulation. Whether it is a kick drum or double bass, the Medus has class leading punch, definition and clarity. Midrange clarity is similarly natural. There is no smoothing over of sibilance, nor added emphasis to increase "presence". High frequencies are reproduced cleanly, with a crisp, clear and astonishingly grain-free tone.

The Medus easily sails through the typical audiophile tests. It has the finest resolving capability. It has astounding dynamics when called for. It renders as wide and deep a soundstage as required. The list goes on.

I was particularly impressed by the way the Medus reproduces the tone of the violin and piano. The violin is reproduced with an ideal balance between fullness and bite, while piano is rendered with authority, attack and body. In short, I enjoyed the most realistic presentation of these instruments in my system to date.

Needless to say, I was very sad when the Medus had to be returned at the end of the review period.

The Medus is the DAC of choice for high-end systems that require a neutral reference point. For the discerning listener that demands the finest quality of reproduction as intended by the recording engineer - the Weiss Medus ticks all the boxes.

The stumbling block for many would be the price - the Medus is priced beyond the reach of many audiophiles. I am keenly aware that the competition is priced similarly (and even higher in some cases !), and I do consider the Medus to be reasonably priced given its level of performance.

This crowd-funded speaker on Kickstarter piqued my curiosity - The Freedom Speaker.

The creator, Mr. Jaime Solorzano Garcia has a website with a detailed explanation and a very nicely produced video on the speaker.

This is an active open baffle dipole design. Room correction via DSP and a lot of other interesting features - please have a look.

(Singapore, 2 June 2015) - Sony is proud to introduce the first external solid-state drive (SSD) that is made for consumer use. This stylish, ultra-compact and ultra-high speed SSD is as small as a credit card, weighs at just 35g, and is only 9.4mm thick, allowing you to bring your data and files along with you wherever you go.

Featuring a stylish and durable metal body with anti-scratch hairline finish, the new external SSD is so aesthetically pleasing, it is bound to impress your friends and colleagues. Available in two different colours, cool silver and noble black, you’ll always want to flaunt it around, even when the device can be safely parked in your pocket.

Separately, busy people will also appreciate its lightning speed transfer rate of up to 450MB/s in reading mode, as well as USB3.0 compatibility, so you won’t have to wait long for your files to be completely transferred.

The new SSD comes with two storage capacities – 128GB and 256GB – giving you more than enough room to store and organise all your photos, videos, music, documents, and more. With added features such as Password Protection Manager, your precious files will always be safe and secure, even if the external drive falls into the wrong hands. Backup Manager, on the other hand, lets you backup data directly from your PC or laptop, saving you valuable time and making the process even easier to manage.

The SL-BG1 (128GB capacity) and SL-BG2 (256GB capacity) will be available at all Sony Stores and authorised outlets from July onwards, at a recommended retail price of S$199 and S$299, respectively. 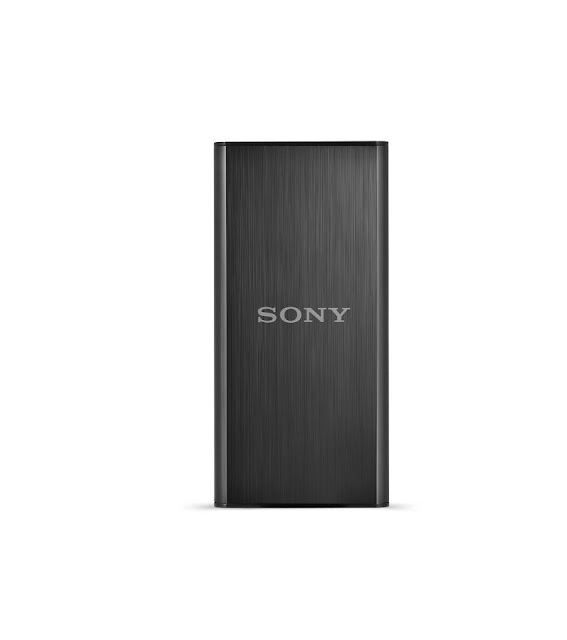 Are you guys thinking what I am thinking ? Looks like the perfect complement to media streamers !
No comments: