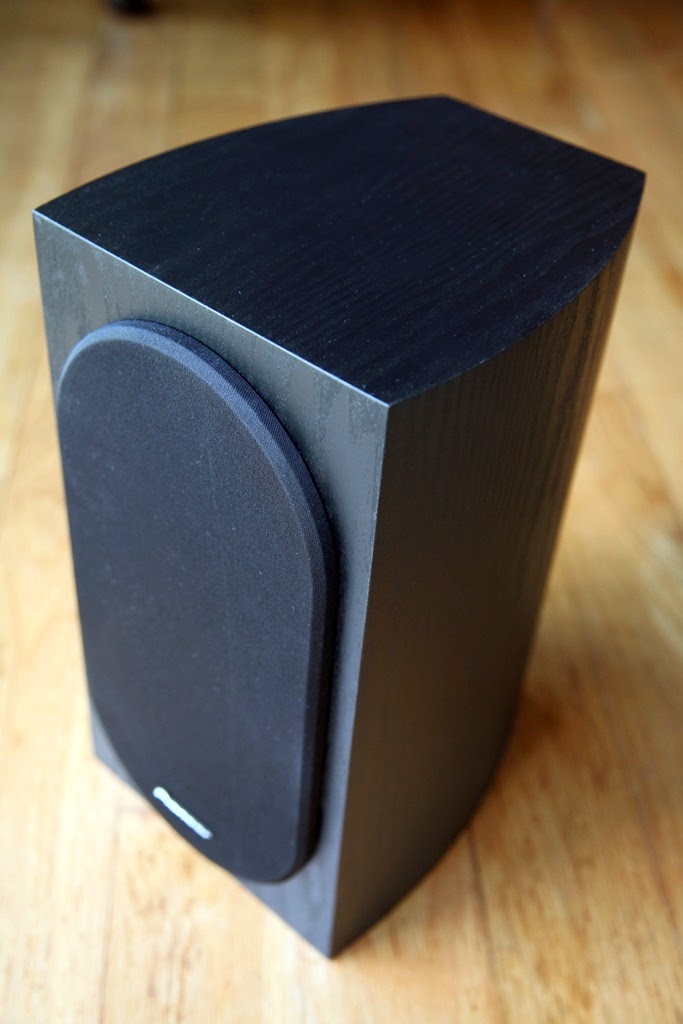 There is a high chance you would have heard of the SP-BS22-LR speaker - this speaker has been creating a lot of buzz since it's release.

Designed by Andrew Jones (who spends most of his time designing the delectable TAD speakers), the SP-BS22-LR is a compact 2-way bookshelf speaker. The woofer is a 4 inch structured surface woofer, while the 1 inch fabric tweeter handles high frequencies. This is a bass-reflex design, with the port located on the rear of the speaker. 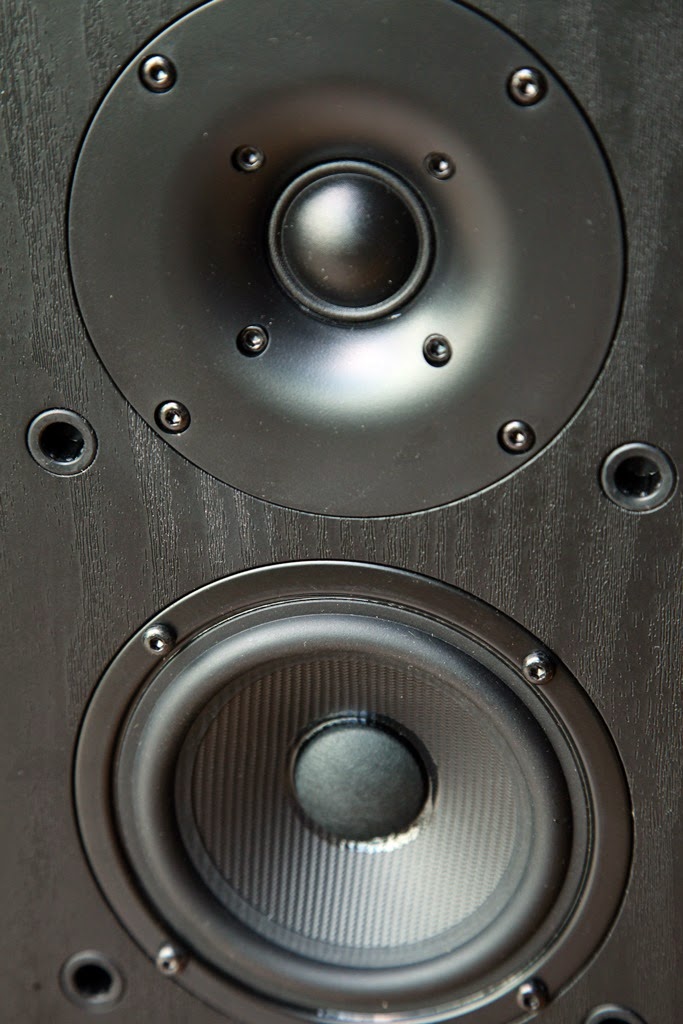 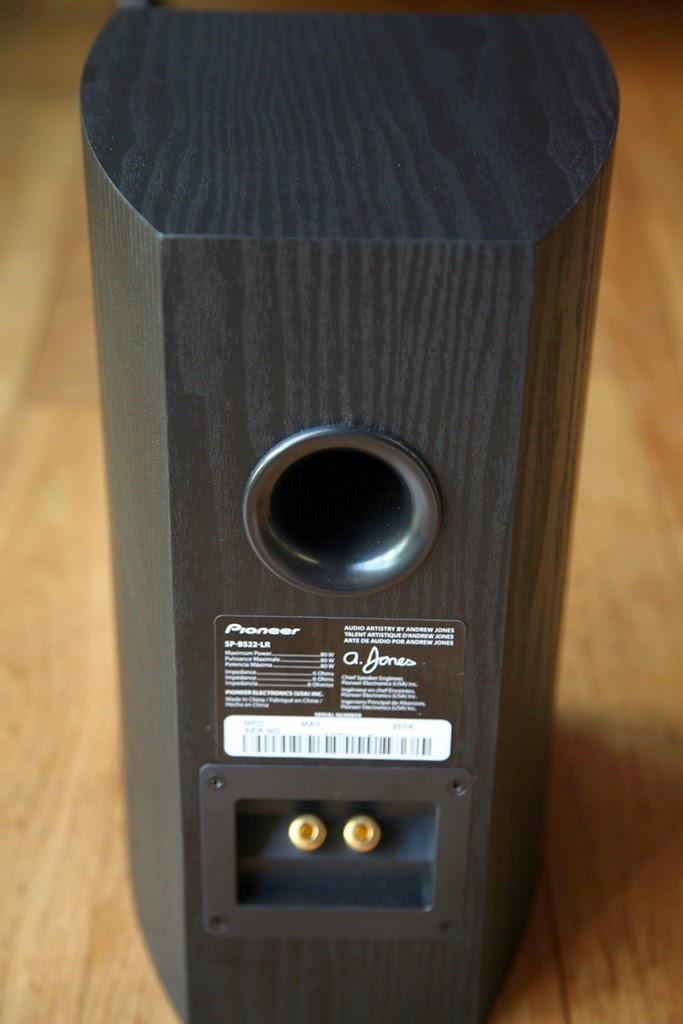 Nominal impedance is stated as 6 ohms, and sensitivity at 85 db. Frequency response is listed as 55 Hz - 20 kHz (no limits stated).

Physically, the Pioneer is well built with the boat shaped MDF enclosure feeling solid and much better than suggested by it's price tag.

Coming back to the price tag, this speaker retails for the shockingly low figure of USD 129 per pair. If that is not enough to floor you, do be aware that this speaker regularly sells for far less than that, with Amazon offering these speakers a shade below USD 60 when it is feeling especially generous. Based on the bill of materials in this speaker, I am not too sure how Pioneer makes any money on this, especially after taking into account distribution costs and the like.

Herein lies the biggest problem with this speaker - it sells for SGD 399 in Singapore. This becomes a problem for reasons that will be explained later.

I set up the Pioneer on my partially filled Partington Dreadnought Broadside 24 " speaker stands. The ideal position ended up with the speakers about 6 feet apart, and 2 1/2 feet from the back wall. The speakers were toed-in, firing almost directly at my ears.

The Pioneer was paired with my Gryphon Diablo integrated amp, and hooked up with Acrolink 7N-S1400III speaker cables. The source was my Antelope Zodiac Gold DAC, fed either with a Oppo 103D, or a Mac mini.

Admittedly, the partnering equipment is not representative at all of what the Pioneer will be used with, but I wanted to see how well the Pioneer could perform, without having to second guess whether the rest of the chain was holding it back.

The Pioneer was fresh from the box, and I gave it a burn-in of 48 hours at fairly low volume, and then a further 3-4 hours at higher than average volumes.

Listening to a variety of music, I was struck by the quantity of bass produced by these tiny speakers. They had a full and warm bass, and sounded much larger than suggested by physical dimensions or driver cone size. Turning up the volume didn't faze these speakers one bit. On the contrary, they really came alive at louder than average volumes.

The grills darkened the sound noticeably, and I did most of my listening with the grills off.

Midrange was smooth and pleasant. This helped temper harsh recordings but smoothed over microdetail such as the vocalist's breathing or subtle voice texture. There was also an occasional touch of nasality, but this was very much dependent on the recording.

I found the treble to be a bit recessed. The information was all there, but with less prominence and presence. On drumwork, the Pioneer emphasized the kick-drum, rather than the cymbals.

Detail wise, this is a big picture speaker. As an example, Double Bass could be felt and heard, but without the definition of the strings and resonance from the body of the instrument.

Imaging and staging were done reasonably well, although by absolute standards, soundstage depth was a bit lacking, and imaging specificity could be better.

Moving away from absolute performance, these speakers were a lot of fun to listen to. They sounded big and pleasant, and took a good stab at a wide genre of music. From a value perspective, these speakers are excellent. I can see a lot of these being used in small bedroom setups, or as a replacement to the afterthought speakers supplied with most micro component systems. They certainly hold their own and would likely be competitive with most speakers below USD 250.

Based on the local price of SGD 399 (that is about USD 300 at time of writing), the value proposition becomes less compelling. You could do a lot worse, but the Pioneer ends up competing with a lot of other attractive options, such as the Usher S-520, or the Monitor Audio BX2 for just a little bit more money. The Usher does sound a lot leaner than the Pioneer, but both the Usher and Monitor Audio have the edge in terms of detail, staging and overall refinement.

The Pioneer is certainly the finest speaker I have heard below USD 150. However, it is far from perfect, and not the answer to all speaker problems in life.

It is definitely a slam dunk at the prices offered in the United States, but purchasers should be realistic and reasonable as to the performance of these speakers. At local prices, it becomes a bit of a tough call.

The review sample was kindly loaned by Chris L. Thanks Chris !