Keep a lookout for LG products at promotional price at Consumer Electronics Fair 2017 next weekend!

Among the highlights include the LG gram, LG gaming monitors, 21:9 UltraWide monitors, Ultra HD 4K monitors and IPS monitors. Free gifts such as 1+1year warranty, PH3 LG Bluetooth speaker and LG laptop sleeve worth a total of $387 are up for grabs!

Purchase any other item and get the Monster N-Tune On-Ear Headphones for S$129 (USP S$249). While stocks last. 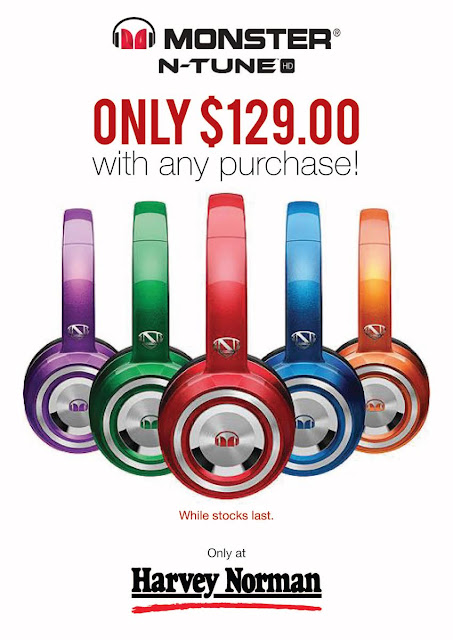 Check out the latest TV promotion from Audio House. An additional 15 % of all published TV promotions will be given to all DBS / POSB card holdrs (including debit, credit and NETS cards). 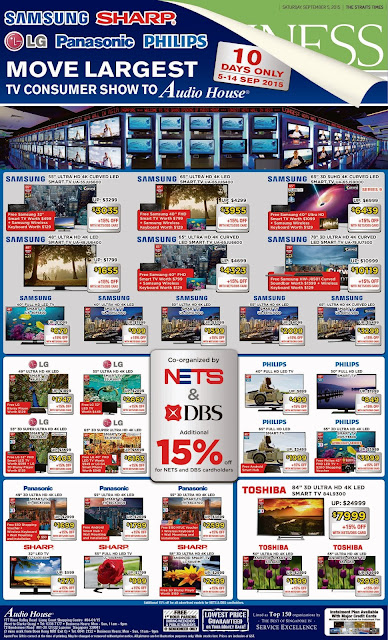 The space-saving HT-RT5 brings something really special to movie nights, fun-filled parties and everyday music listening around the home. There is an awesome 550W of dynamic multi-channel power on tap: you will hear – and feel – each orchestral crescendo and the crunch of every explosion.

A choice of sound modes tailors your preferences to whatever’s on screen. Football Mode captures the acoustics of the Morumbi Stadium in Brazil; Cinema Studio 9.1ch transports you to the famous Cary Grant Theatre at Sony Pictures Studios in Los Angeles; and Digital Music Arena recreates the expansive live acoustics of London’s O2 Arena.

The slim, stylish 3-channel main unit fits discreetly in front your TV or can be wall mounted. The main unit includes a dedicated centre speaker that assures crystal clear dialogue and transparent treble, regardless of volume. It is combined with two wireless rear speakers and a separate wireless subwoofer. Set-up is wonderfully easy: each additional speaker connects automatically, with no loudspeaker cables needed. The system even comes supplied with a microphone to test your room’s acoustics using Digital Cinema Auto Calibration DX ensuring the best possible sound wherever the speakers are placed. You’re rewarded with 5.1 channels of immersive audio, with solid bass response that draws you in to the heart of the action. Today’s high-quality listening formats are naturally catered for, with support for HD audio sources like DTS-HD and Dolby True HD.

Pristine movie soundtracks are only the start with the HT-RT5. There’s a huge choice of online music entertainment to enjoy, with Spotify Connect™ and over 100 other music services including Deezer and Google Play™ Music. Google Cast™ makes it easy to ‘cast’ online music and radio services seamlessly from your mobile device. Just tap the Cast icon and playback is transferred seamlessly from your smartphone or tablet to the Sound Bar for everyone to enjoy.

Wireless Multi-room listening brings your music wherever and whenever you want to. Use your phone or tablet to control playback with our friendly SongPal™ app. It’s easy to group the HT-RT5 with other compatible wireless speakers and hi-fi systems around the house. You’ll instantly hear the same sound everywhere at once – great for entertaining a house full of party guests with your favourite Spotify playlist.

The HT-RT5 Sound Bar will be available in all Sony stores and authorised outlets from October 2015 onwards at a recommended retail price of S$999.

Sony Unveils Its New Products at IFA 2015 in the Realms of
High-Resolution Audio and Mobile
(SINGAPORE, 2 September 2015) – At the IFA consumer electronics show in Berlin, Germany, to begin on Friday, September 4, Sony Corporation (“Sony”) will unveil its new lineup of products that represent the very best of its creativity and technological ingenuity. Underpinning the development and design of these products is Sony’s philosophy of “inspiring and fulfilling your curiosity and moving you emotionally,” which will be on full display at IFA 2015.

In advance of IFA’s official opening, Sony held a press conference on September 2 (local time). There, Sony Corporation President and CEO Kazuo Hirai introduced Sony’s newest products in the realms of High-Resolution Audio (“Hi-Res”) and mobile. He also championed the new experiences that can be had with Sony’s other exceptional offerings, including its digital imaging products and TVs.

“I believe there is still great potential for innovation within consumer electronics. At Sony we’ll continue to make advances that make your life better and to provide you with wow experiences.”
--         Kazuo Hirai
President and CEO, Sony Corporation

A video of the press conference can be streamed at www.sony.co.uk/ifa-press

Note : Here is a table of the new products announced and some pictures to pique your curiosity. 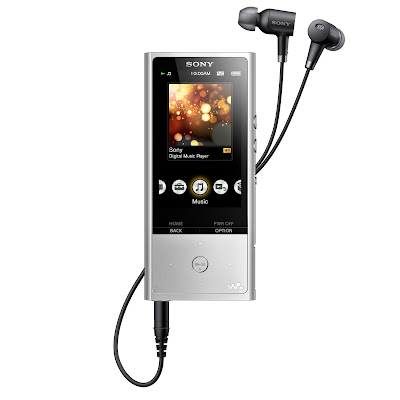 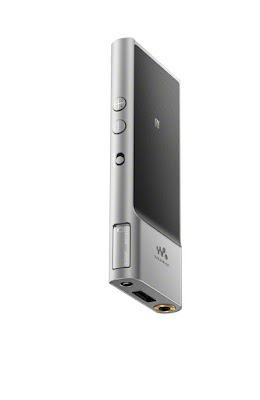 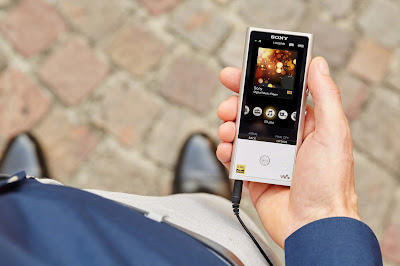 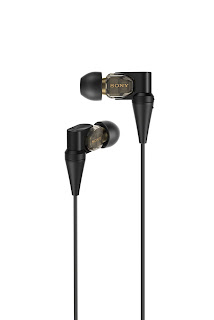 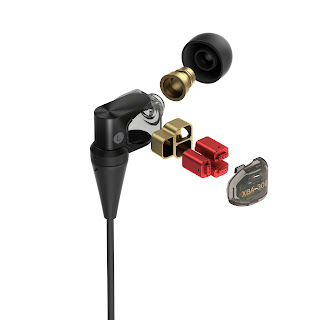 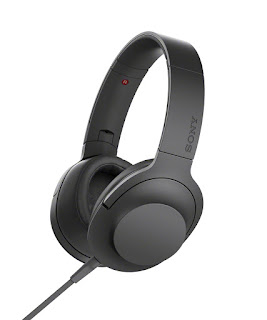 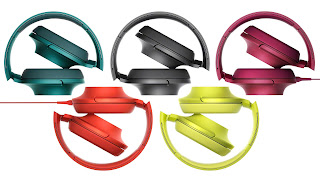 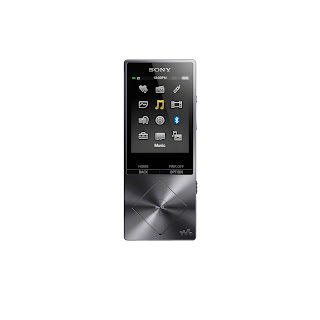 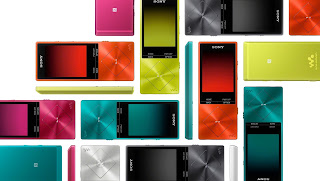 (Singapore - 30 July 2015) For all you Hello Kitty fans out there ! How about a special limited edition Hello Kitty urBeats ?

urBeats has been known to deliver the ultimate convenience and sound experience:

The Hello Kitty urBeats is retailing at $240 at all authorized Beats retailers. 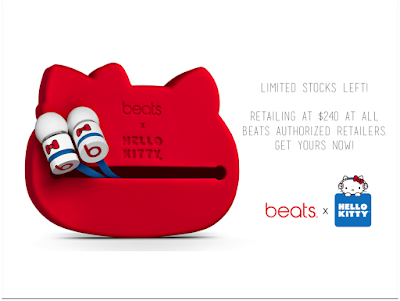 (SINGAPORE, 28 July 2015) – The new MHC-V7D Mini Hi-Fi System from Sony is just the right home audio device that you can bring around to house parties. Featuring just one speaker system, it’s not just space-saving but also easy to carry – so you don’t have to worry about limited space or inconvenience anymore!

The MHC-V7D comes with the powerful Smart High Power technology which channels sound through a specific sound path to increase acoustic pressure and create a clear and full bass. The sound pressure horn enables them to present soul-shaking beats that can really be felt as you sway along with the tunes. Furthermore, while sound comes out powerful and intense, the Mini Hi-Fi System does not use up much electricity as it possesses power-saving technologies to conserve energy.

To bring the party up a notch, Gesture Control Technology lets you effortlessly transcend the world of DJs as you control both the music and lighting with the flick of your hand. Additionally, enhance your favourite tracks with easily-controllable sound effects, such as audience reactions or the addition of your own voice with two Microphone inputs for Karaoke. The bass bumping MHC-V7D also allows you to elevate the atmosphere on your dance floor further by engaging your visual senses with integrated, adjustable space illuminating party lights that let you synchronise the light effects with the beat of the music.

Connect your smartphone to the speaker system via NFC and Bluetooth® to wirelessly stream and listen to your playlists on the device. Separately, the new Fiestable app enables you to fully control music, lighting, as well as several effects, even while you mingle with your friends! Simply download the app from the Google Play™ or App Store and connect the MHC-V7D to your smart device, which will act as a remote control.

The new MHC-V7D Mini Hi-Fi System from Sony will be available at selected Sony Stores and authorised dealers from August onwards, at a recommended retail price of S$649. 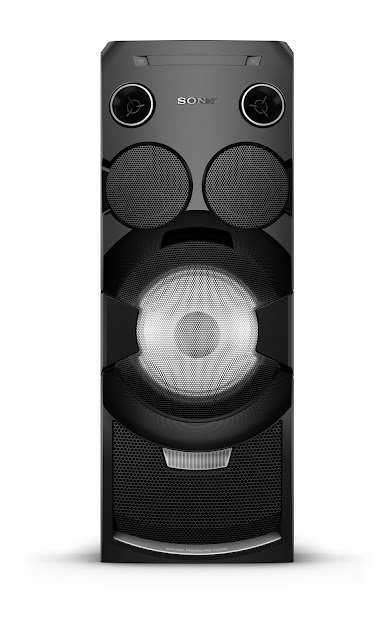 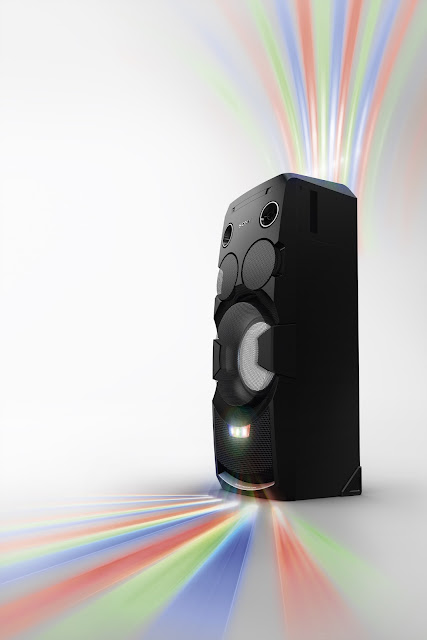 Note : Be sure to check out the youtube video above.