How do you look after your CDs ? I usually wash them once in a while in a basin of tap water with a drop of dish washing liquid added. It is effective to get rid of any fingerprints, dust, and fungus.

I've not used an professional cleaning kit before, although I do admit to resorting to brasso and toothpaste in an attempt to remove deep scratches from damaged discs (neither worked by the way).

The Essence of Music Kit comes in a simple cardboard box. Open the box, and you will find two spray bottles of 20ml each, which look dangerously similar to some of my wife's cosmetic products. Two microfiber cleaning cloths are provided too, as well as finger cots to protect your precious digits from the overall nastiness of the liquid solutions. The manufacturer claims that the kit can treat up to 400 discs. 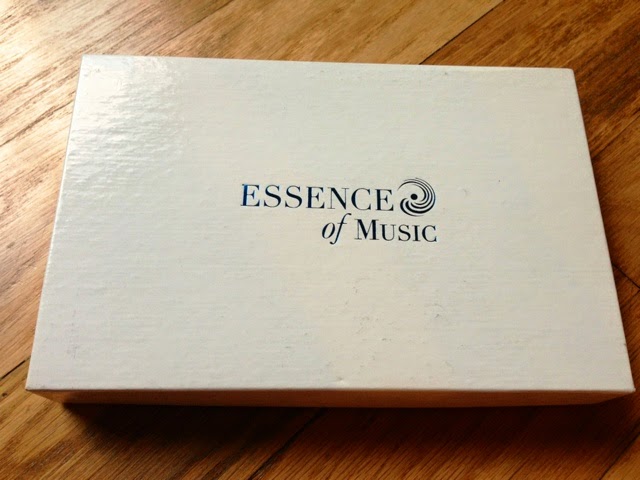 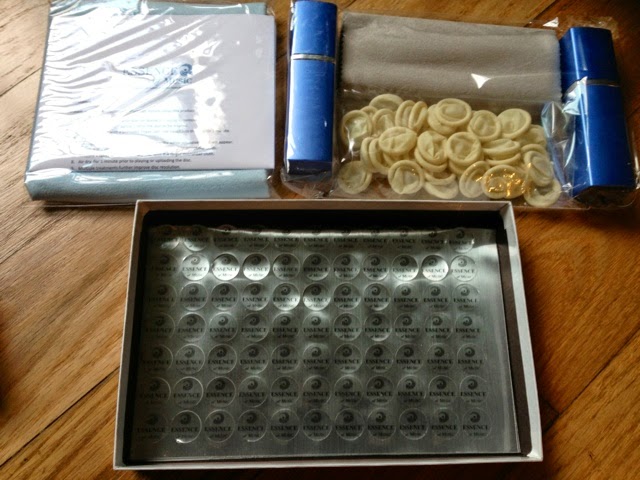 Application is straightforward. Spray on the first liquid and rub the disc surface for one minute with your cot protected finger. Then apply the second liquid and rub again for one minute. Wipe off the milky emulsion that forms with the small microfiber cloth. Spray on the second liquid again and wipe off the liquid using the large microfiber cloth. Leave it to air dry and you are done. That's all folks. OK, it seems a bit complicated, but the procedure  will probably become ingrained in your memory after the third or fourth disc. 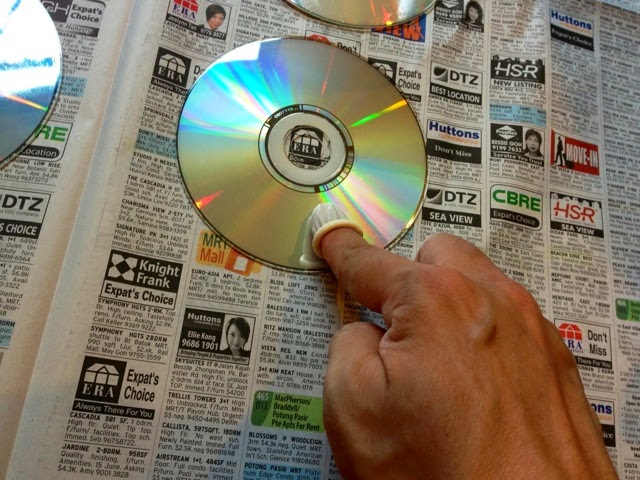 The instructions omit this, but it would be best to ensure that your disc is meticulously clean before you apply the liquid as you want to avoid rubbing surface contaminants all over your disc when you rub the liquid in.

The product claims to improve the optical quality of discs by increasing disc transparency, as well as reducing static build-up. According to Essence of Music, the two step coating uses nano coating technology which combines to form a self-assembling monolayer to create an ultra smooth disc surface.

I tried this on a few of my favourite discs. This product has a significant effect on sonics. In summary, there is an increase in clarity, low level resolution, and improvement in body and tonal density. Music ends up being delivered with a musical fluidity that is at the same time effortless and resolving. I greatly preferred my discs post treatment.

Like some of my other posts, some readers would have stopped reading at this point, deciding never to read anything else from this foolish audiophile who obviously has no listening skills and is too easily taken in by snake oil. Others may invite me to rip the disc to ensure that the tracks are digitally identical prior and post treatment. After all, we all know that this is digital, and as long as the tracks are bit identical, they cannot sound different ?

Optical discs are a tricky bunch. I keep two identical files on my computer, one ripped normally, and one ripped from a disc that was treated by an Acoustic Revive RD-3 CD demagnetizer, followed by the SK-CD electrostatic excluder immediately prior to ripping. All of my visitors have commented on the obvious sonic differences between both tracks, despite both files being digitally identical.

If you believe that such treatments do make a difference, then the Essence of Music kit is worth checking out.

As a matter of disclosure, I was given the Essence of Music kit gratis by the local distributor for my evaluation.